I wanted to use this blog only for programming related posts. However the things I need to say are too important to be kept away.

How I feel and what I do 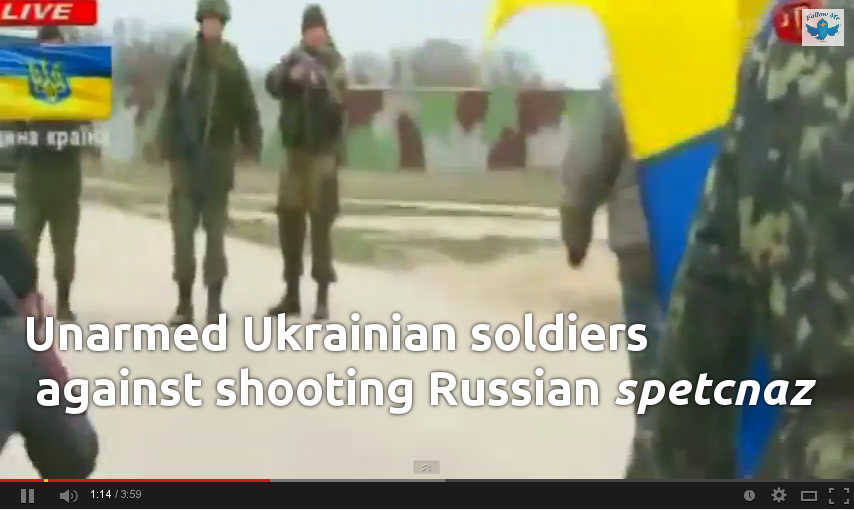 The situation in Ukraine threatens the safety of my country and even my family.

I now check the news about Ukraine multiple times per day. I get them in Ukrainian, English and Russian. I can understand some Polish and a few words in German and French. 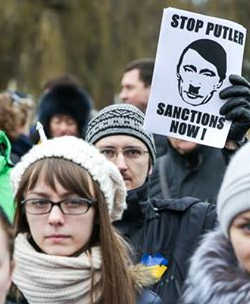 I feel for Ukrainian people of all nationalities. They have just had a bloody revolution. While they were mourning their dead, they have been back-stabbed by their closest “brothers”. I think this shows the basic treacherousness and lack of humanity from the aggressors.

I actively support the desire of Ukrainian people to decide their own fate and future. I am very impressed by their courage and strength to defend themselves using peaceful means. Esp. the Ukrainian military in Crimea – they do have honor and balls.

The least I can do to help them is go to protests and support for Ukraine actions, which now happen in Vilnius every day.

Russian military has invaded part of Ukraine. This is a fact. Only the Russian authorities deny it. They are lying. I have seen enough eye-witness videos from Crimea myself to believe that. Never mind the reaction of the whole (minus 1 country) UN security council meeting (which I watched live).

I see that no other country supports invasion into Ukraine by Russia (not even Belarus or Kazakhstan – it’s closest authoritarian allies). This gives me hope that the aggression can be stopped.

I am no military expert, but I don’t think Russia has the resources to win any large-scale war. It has invested quite a lot into its armed forces, but it doesn’t seem like it could find any allies for going to war at the moment. The choice of Ukraine as its victim may be one of the reasons.

Risks to Lithuania and its civilians 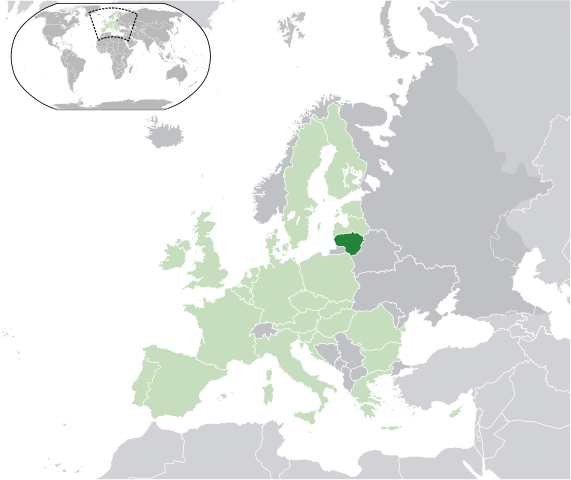 However there is a substantial threat to my country (Lithuania). The lunacy of the Russian authorities is grounded on revanchism and hate towards nations who escaped their control. This revanchism is felt by a lot (definitely not all1) of Russians. If this lunacy continues, because of the revanchism (and judging by polls of Russian citizens2), we (Lithuanians, Latvians, Estonians) could be next. Georgia may be easier to invade (since it is not a NATO country), but the polls show that the “Balts” may be hated even more3. 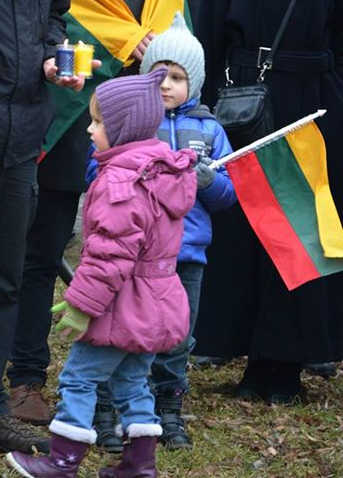 Lithuania is a small country (56,300 km² – only 2.5x larger than Crimea). We could be invaded quite fast. Our military is too weak to hold the borders of our country from a Russian attack. There could be a time of some chaos and harm done to civilians until the help comes. I have two small kids. Go figure… I am evaluating my options at the moment.

It does not seem [here in Eastern Europe] that the Western leaders and the media are fully ready for the two-facedness of Russian authorities. It is clear that Russian authorities and diplomats were successfully playing them by spreading lies, loud claims and confusion – stopping the opponent from taking action while their troops were invading Crimea. The lies from the Russian authorities and some confusion on the part of Western politicians continues. We don’t know if the lies will be used to “cover” some other military action.

I am disgusted by some of the politicians (including in my country) putting business interests above the basic human right of 45 million people in Europe to decide their fate themselves and above the safety of many more. 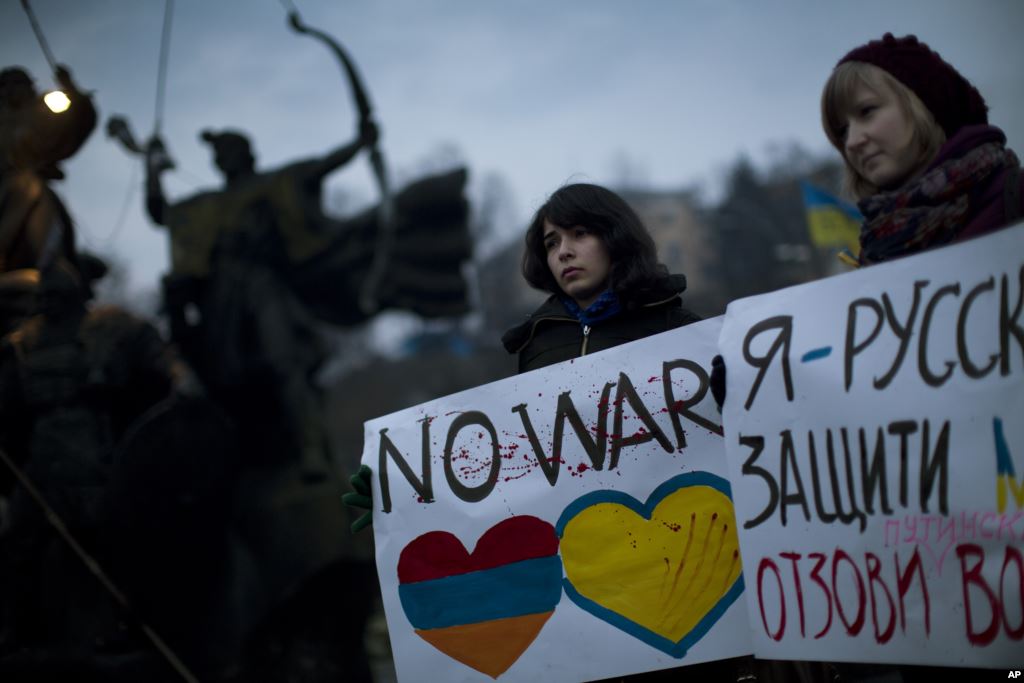 However I am optimistic about the people in Ukraine and Eastern Europe in the long term: we found we need unity not only because of the shared view of our painful histories, but also for our futures. The blossoming unity of people of all nationalities in Ukraine (Ukrainians, Russians, Tatars, Jews, others) in response of the Russian threat is the brightest example of that.

To anyone who reads this: 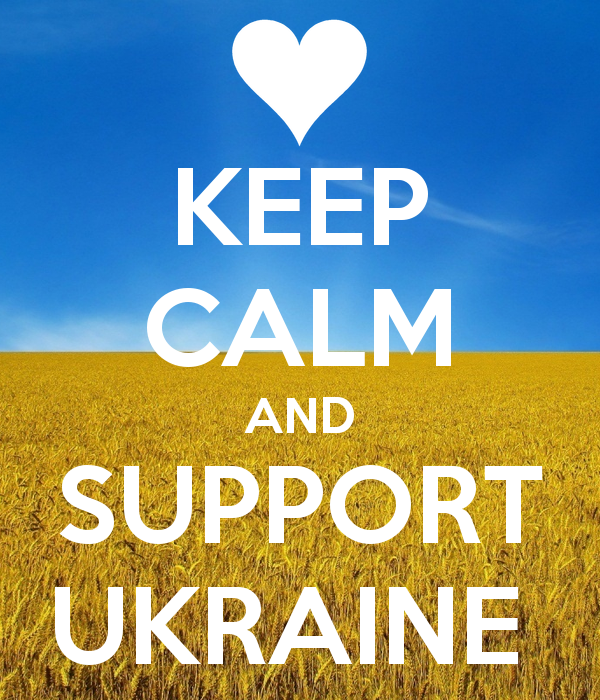 Ukrainian people need your help very much. Every little thing helps. Talk to your representatives, media, show your support. At least put a blue-yellow ribbon somewhere on your facebook, twitter or blog.

Don’t get distracted by the theories on the inner workings of Putin’s brain, leaked phone calls or any other misdirecting information thrown your way.

There is one basic but very important thing Ukrainian people need at the moment – to freely elect their new president. They have elections planned for May 25th. The elections cannot be fully free and represent all the Ukrainian people with Russian soldiers occupying part of the country. Therefore Russian military has to go home and fast.

You can reprint or share this text without limitations4.

Update: There is a discussion at r/europe about this post.